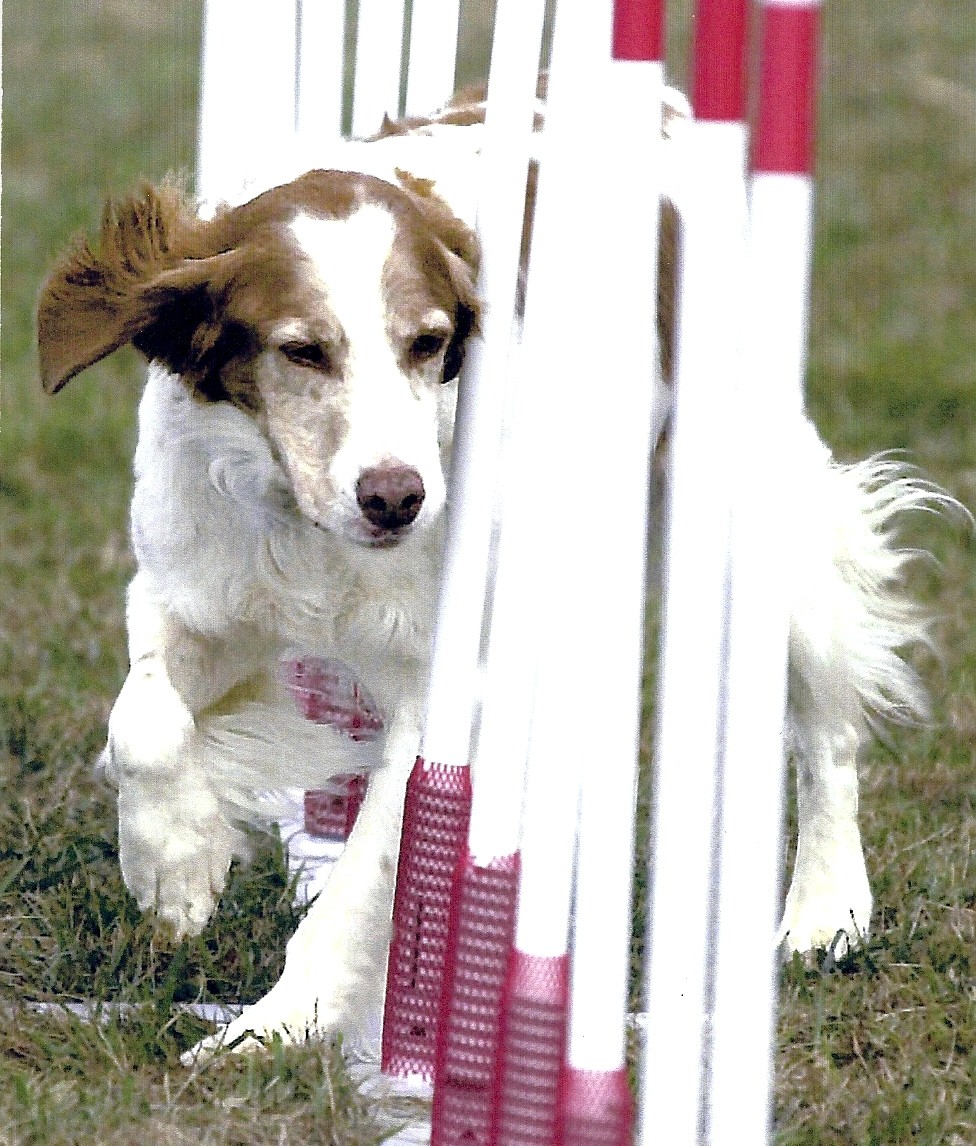 also known as Marlin, Marmar, Mar man and many other names

Marlin died way too young of the horrible cancer, Hemangiosarcoma.

Up to the last week or so of his life he was still up to his usual stuff- 3 weeks before, he shared a rabbit kill with one of his aussie brothers, and about 2 weeks before he died, he climbed out of the yard to run around and hunt the neighborhood, roll in stinky stuff and come home 10 minutes or so later. He woke me/us up early on the mornings I didn’t have to work so he could go outside, and told us it was dinner time at least an hour before it was. He barked/howled/played with Arrow who missed him after he was gone.

Marlin was really a dog full of personality. Even though I often thought he was a frustrating dog, he was also a lot of fun. He brought lots of smiles to me and others. He did agility or obedience with anyone who wanted to work with him. The last year or so, he, along with his brothers accompanied me on nursing home type visits and he really shone there. He was extremely affectionate to certain patients and showed great patience during all of these visits – I was very proud of him. I could go on and on about the 9 + years we spent together. He is greatly missed, but is no longer suffering.

Marlin came to me because my boyfriend at the time wanted a hunting dog and we picked him out together for him. Marlin stayed though because he really was part of my family, and my boyfriend knew that. To this day, I have a soft spot in my heart for all brittanies.